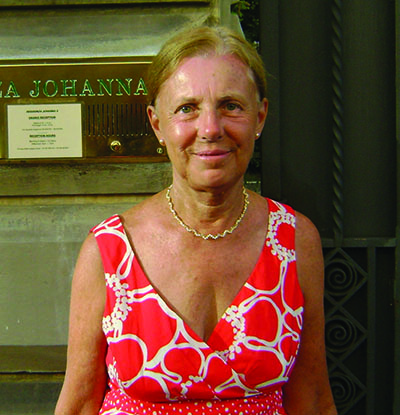 Dr. Battaglia was born June 1, 1947 in Buffalo, N.Y. to Raymond and Marie Kaminski both of whom predeceased her. She was raised in Cheektowaga, N.Y. As the spouse and mother of a military family, she spent her adult life in a variety of locations including Anchorage, Alaska; Indianapolis, Indiana; Tacoma, Washington; Honolulu, Hawaii and Herndon, Virginia.

As in one of her favorite books, Little Women, she was called “Marmee” by her four grandchildren whom she loved very much: Paul, Oliver, Audrey and Tristan. She was also an aunt to 11 nieces and nephews: Charles, Robbie, Jeffrey, Andrew, Laura, Adrienne, Kathleen, Heather, Evan, Amy and Philip.

Dr. Battaglia began her career when help wanted ads were still separated by gender and professional careers for mothers and wives were discouraged. Over the years she demonstrated it was possible to extraordinarily combine the roles of professional, mother, and spouse. She earned her Bachelor of Science from D’Youville College, Buffalo, N.Y.; MBA from Marymount University; and PhD in Adult Learning and Human Resources from the Virginia Polytechnic Institute and State University.

Having passed her national certification exam, Dr. Battaglia served some 20 years as an ASCP certified Medical Technologist. In Hawaii, she set up the laboratory for a cardiac practice and was an active medical supporter of heart transplant patients who trained for, and completed, the Honolulu Marathon. She finished this phase of her career as Laboratory Director.

For five years, she was the Director of the Fairfax County Virginia teen program, providing teens activities promoting positive behaviors and lifestyles. In the 1980s, Marge was a founding supporter of the National Museum of Women in the Arts, Washington, D.C., the world’s only major art museum dedicated to championing women artists.

As a capstone in her active life, she taught at the FBI Academy for the University of Virginia graduate program and for 10 years in the Psychology Department at George Mason University. She retired from GMU as an Emeritus Adjunct Associate Professor.

Retiring to Berkeley Springs, she was active as a West Virginia University Morgan County Master Gardener. She served as the Club Secretary for three years, ran the perennials tent at the yearly Plant Fair for a number of years, and had an extensive garden at her home.

In lieu of flowers, contributions may be made in her memory to the National Museum of Women in the Arts, Washington, DC; Hospice of the Panhandle; or a charity of your choice. Arrangements are through Helsley-Johnson Funeral Home.

Family will receive friends on Saturday, June 25, from 9-11 at the St. Vincent de Paul Catholic Church, Berkeley Springs, W.Va. gathering space. A Mass of Christian Burial will be held on Saturday, June 25, at 11 a.m. Befitting her service as a military spouse and service to the country, Dr. Battaglia will be interred in Arlington National Cemetery at a later date.