A search for a juvenile who had run away and made threatening comments led students in Hancock to be sheltered in place for a period of time on Friday, May 27, while police conducted a search. 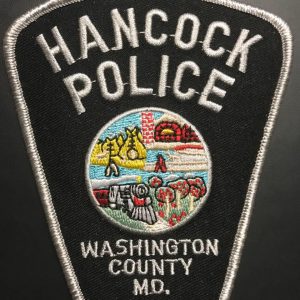 e no threats made to the schools, Sgt. Rich Miller of the Hancock Police said. The juvenile was not on school property at any time.

Maryland State Police and Natural Resource Officers were assisting the Hancock Police Department in the search.

The reason for the schools going into a shelter in place was a precautionary measure similar to if there had been a bank robbery or other police emergency.

The juvenile, whom Miller did not want to give any identifying information about, was located in town by Maryland State Police.

On social media, there was uproar from parents wanting information about why the schools were in a shelter in place order.

Miller said he understands the frustration parents have but police cannot stop their investigation to alert people until they know all the facts. Once they know the facts, then they’ll release what they know.

“The police do not release information during an active event, until all information can be accurately reported so that no misinformation is released,” Miller said on the Hancock Police Department’s social media page.

He added he hopes the people of Hancock trust the police department are doing everything they can to keep the kids safe.