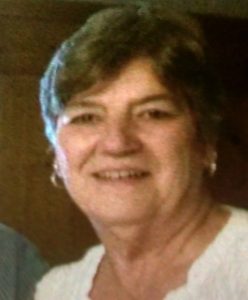 Born July 22, 1953, in Hagerstown, Md., she was the daughter of the late Charles Roger Baker and Hilda Louise (Yeakle) Kayser.

Roxi was a 1971 graduate of Clear Spring High School and a graduate of Maryland General in Baltimore, Md., where she received her degree in Nursing. She retired from Meritus Medical Center after 40 years of service as a nurse.

Roxi attended St. Peter’s Lutheran Church in Clear Spring and was a member of the Hancock American Legion Ladies Auxiliary and the American Quarter Horse Association. She enjoyed gardening and loved animals, especially her horses and dogs.

There will be no viewing or visitation. Services will be announced at a later date.

In lieu of flowers, memorial donations may be made to The Arc of Franklin & Fulton Counties, 2314 Philadelphia Avenue, Chambersburg, PA 17202 or to St. Jude Children’s Hospital, 501 St. Jude Place, Memphis, TN 38105.

Online condolences may be expressed at www.thompsonfhinc.com.