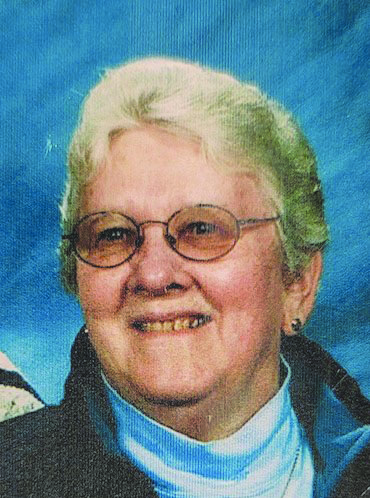 Joan Steen Kuiken, age 87, of Berkeley Springs, W.Va., was taken to be with her Lord on Sunday, September 18, 2022 at her home while under the care of Hospice of the Panhandle.

Born December 6, 1934 in Wayne, N.J., she was the daughter of the late Richard Herman and Lena Steen Kuiken.

She currently attended St. John’s Episcopal Church in Hagerstown, Md. and had been a member of St. Mark’s Episcopal Church in Berkeley Springs. Joan graduated from Eastern Christian High School in New Jersey and earned a Bachelor’s degree from Valparaiso University in Indiana. Joan received her Master’s degree in Counseling from Ohio State. She loved guiding and counseling her students at Berkeley Springs High School and they loved her in return.

Joan was not afraid to speak her truth. She was a friend and help to many.

She is survived by her loving partner, Sallie Bailey, of Berkeley Springs, one sister, Margaret Pennings of Kalamazoo, Mich., two sisters-in-law, Phyllis and Margaret and 17 nieces and nephews.

In addition to her parents, she was preceded in death by one sister, Eleanor Spalink, three brothers, Herman, Stanley, and Peter Kuken, two brothers-in-law, Wilbur Pennings and Homer Spalink, one sister-in-law, Ada Kuiken, and three nephews.

A memorial service to celebrate Joan’s life will be held at 1 p.m. on Saturday, October 15, 2022 at St. Mark’s Episcopal Church, 180 S. Washington Street, Berkeley Springs, W.Va. Interment will be private.

John 14:1-3 “Do not let your heart be troubled. You believe in God, believe also in me. My Father’s house has many rooms; if that were not so, would I have told you that I am going there to prepare a place for you? And if I go and prepare a place for you, I will come back and take you to be with me that you also may be where I am.”