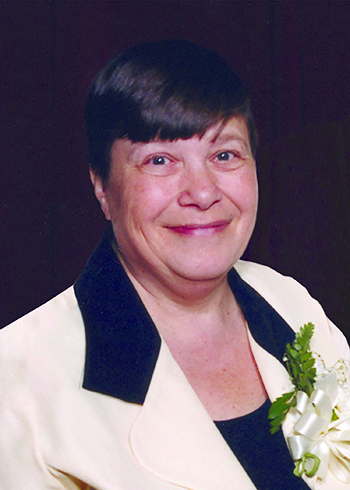 Karen is survived by her daughter, Allison Lynn Gumber, of N.Y. She was preceded in death by her parents, Fred and Alice Kreitzer; a brother, Frederick (Rick); and her husband, John Bugle.

She was born on October 29, 1943 in Brooklyn, N.Y. She was adopted as an infant by her parents and moved to East Williston Park, N.Y., where she grew up. She graduated from The Wheatley School in 1962. She went on to become a dental assistant and later on, a Home Health Aide (HHA). She often volunteered at local hospitals and most enjoyed working with young children with special needs.

She married her husband, John, on May 3, 1969. They met while both were working at the Saks Fifth Ave Department Store in Garden City, N.Y. They welcomed Allison in 1972. Karen and her family moved to Hancock, Md., in 1991 and later attended The Church of Jesus Christ of Latter-day Saints, Hancock Ward. She continued to work as an HHA until retirement.

At Karen’s request, there will be no funeral. The family will notify loved ones of a planned future memorial service in her honor. The family asks that in lieu of flowers, donations can be made in her memory to the American Diabetes Association (diabetes.org).

Online condolences can be expressed to the family at www.grovefh.com.