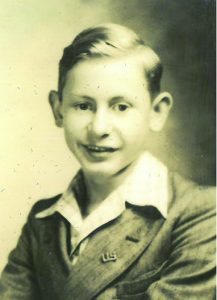 Born March 10, 1933 in Morgan County, W.Va., he was the son of the late Peter Harrison and Hattie Jane Henry Henry.

He was a Christian. Irvin was a graduate of Berkeley Springs High School and served with the U.S. Army.

He worked as a manager in the food service industry and as a bicycle repairman.

A memorial service will be held at 2 p.m. on Sunday, May 29, 2022 at Wesleyan Chapel, Vernon Street and Harrison Avenue, Berkeley Springs, W.Va. with Pastor Matt Swope officiating. Private interment will be in Greenway Cemetery.